ALPHA THE RIGHT TO KILL

Posted by Untold PHilippines on January 14, 2019 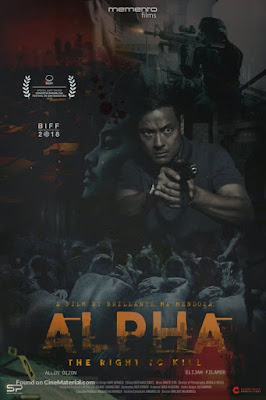 ALPHA: THE RIGHT TO KILL
A look on Brillante Mendoza's perspective on the drug war
By: Vincci Ross Villanueva

In the middle of our country's waging war against illegal drugs, having a film that exploits all conspiracies around the campaign that had claimed thousand of lives is timely. The trend is exceptionally marketable to the viewing public; with last year's sleeper hit "Buy Bust"playing with the same theme and capturing audiences with the gory realities that our country is facing today finding commercial and critical success.

So it comes to no surprise that people in the art community are interpreting their truths on their chosen crafts in response to the happenings of today's drug campaign. One notable artist that everyone should watch out for if any of you still have the audacity of sleeping on this Maestro, is Brillante Mendoza, in his exceptional take on the subject matter with Alpha: The Right To Kill. 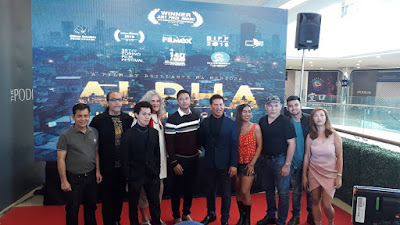 The movie stars Allen Dizon, along with newcomer Elijah Filamor playing as ordinary people involved in surreal and often unthinkable happenings of the drug underworld. Mendoza and his crew have stated that this is not a propaganda movie, but a more subtle take at expressing the true-to-life stories that his team had gathered from people living in depressed areas that take the first impact on the administration's initiative to purge drug trade in the Philippines.
Prior to reaching the Philippine silver screen, Alpha, The Right To Kill had already received numerous accolades internationally. From nominations from different award-giving bodies (Nominee, Golden Seashell Award, San Sebastian International Film Festival and Free Spirit Award, Warsaw International Film Festival) and even a win (Special Prize of the Jury, San Sebastian International Film Festival), films like Alpha: The Right To Kill definitely speaks volumes of how our society has its own version of untold truths that definitely needs to be heard more. The film's showing date will be this Wednesday, January  16, but the #UntoldBarkada was invited for a special screening that happened last Friday, January 11. 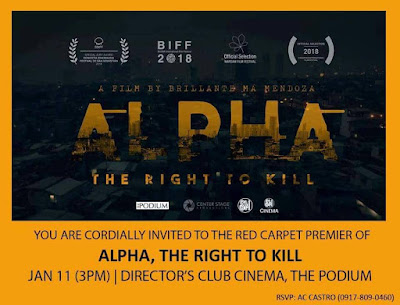 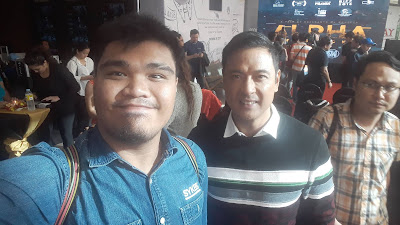 We will not spoil you much about the plot but we will tell you this: regardless of what your point of view about the war on drugs is, Alpha: The Right to Kill will definitely be an eye-opening experience for you because more than the ideologies behind the drug campaign, the film shows you how people even at their most selfish, work through the sticky cobwebs of the situation, just to make their own situation better. Explore the parallelism between Dizon and Filamor's character, and how their flawed characters crawl through tragic situations presented as their everyday realities
Allen Dizon ALPHA ALPHA: The Right to Kill Brillante Mendoza Elijah Filamor Untold PH Untold PHilippines