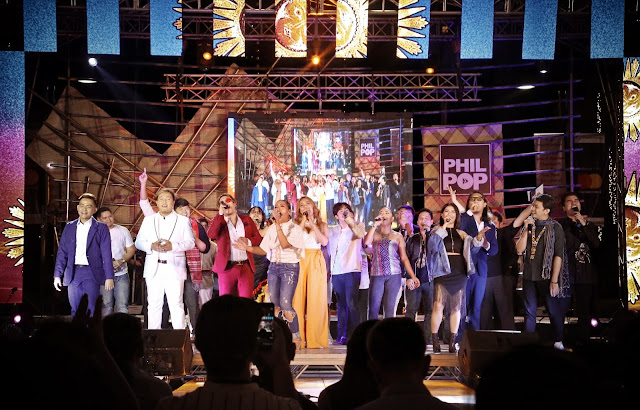 PhilPop, the country's premier songwriting competition, sets its sights in penetrating the music landscape of the Asia Pacific Region and beyond with its new tagline #MusicBreakingBorders.

This year PhilPop Songwriting Festival 2020 partners with Warner Music Philippines in its mission to promote quality Filipino music on a bigger, global scale.

During the virtual presser held of July 2, 2020 via Zoom, Managing Director of Warner Music Philippines Ian Monsod took the opportunity to talk about the record label's role in providing sustainable recording, production, marketing and promotional support needed to ensure breakthrough of world-class homegrown talents in the international market.

The value that we bring to this equation, especially connected to the fact that it's about #MusicBreakingBorders, is that we are international major record label. We do have a network of A&R and marketing people all around the world. In terms of judging and production process, we'll being that unique value of this presence to the project. We share this ambition to elevate the Filipino artist to a global stage. It's a difficult path, but I think with our partnership, we can improve the the odds."

National Artist and PhilPop Music Fest Foundation Board Member and Bootcamp Master Ryan Cayabyab opened the online press conference with a message highlighting PhilPop's duty to harness the talents of Filipino singer-songwriters and composers to create music that can inspire and motivate a nation. "From mounting songwriting festivals every two years, PhilPop Foundation has expanded its influence and range of activities by including boot camps across the country and now publisher of original content for use in albums, commercials and movies. Through PhilPop, the MVP Group has positioned itself as the primary champion of Filipino songwriters."

PhilPop Music Fest Foundation Executive Director Dinah Remolacio also stressed the importance of decentralizing the monopoly of support to Metro Manila fellows by giving equal opportunity to the next generation of singer-songwriters based on other cities and provinces, regardless of their identity, language and cultural affiliation. Remolacio told the audience in the online press conference that the move will help create a positive impact in the music industry and dispel the notion of bias in the selection process.

Remolacio added, "When we had major pivot in 2018, the first thing that we did is to make the festival biennial. In between those years, we mounted all these songwriting workshop in different -parts of the country to empower other songwriters in the region so that they could submit entries to PhilPop. We want todiversify the winning entries in every festival."

PhilPop Boot Camp coach and folk icon Noel Cabangon, on the other hand, assured the press people in attendance about the prestigious songwriting festival's commitment in highlighting the diverse and distinct music from the different regions in the country, and upholding its vision to produce the next wave of global hitmakers and superstars. "Despite the pandemic, and the challenges brought about by uncertainty of time, we are proud to announce that we, in PhilPop, continue to push our music forward, now more than ever- we are ready to break borders."

Background of the PhilPop 2020 Songwriting Festival

PhilPop is looking for the next generation of songwriting champs through its 2020 Songwriting Festival.

This year, songwriters are encouraged to submit their entries based on their origin or residence namely - Metro Manila, South Luzon, North Luzon, Visayas and Mindanao.

From thousands of songs submitted, only three (3) songwriters will eventually represent each cluster through rigorous adjudication process spearheaded by Warner Music Philippine and PhilPop. 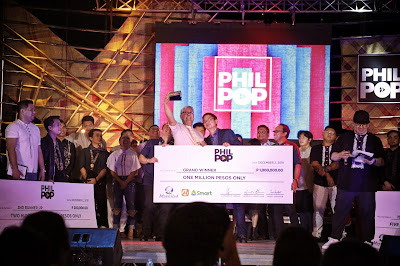 The top 15 songs will have the chance to work with Warner Music Philippines and compete in the final rounds.

Submission of entries is still ongoing until July 4, 2020. For more details on how to join, feel free to register online via their official website

PhilPop Songwriting Festival 2020 is an initiative of the PhilPop Music Foundation chaired by Mr. Manny V. Pangilinan. This year's PhilPop is co-presented by SMART, MERALCO, MAYNILAD and Warner Music Philippines.